On K2 five, there is a notion of versioning for workflows, forms and views. Thus it is possible in case of alteration of our wokflow, form or view, to go back to the previous version.

This article will help you understand how to change the version of a wokflow, a form and a view. In case of alteration, you will also see how to return to the previous version.

The consultation and version change of the workflow is done from the management via the Version tab.

The steps below will allow you to set a workflow version as the default version on K2 five.

2. Select the version you want to set as the default version and click on Set as Default.

4. The new default version is bold in the list and marked with (Default).

Versioning of forms and views

From K2 designer, you can directly see the version of a form. Each time a Check in is performed, the form automatically switches to a new version. 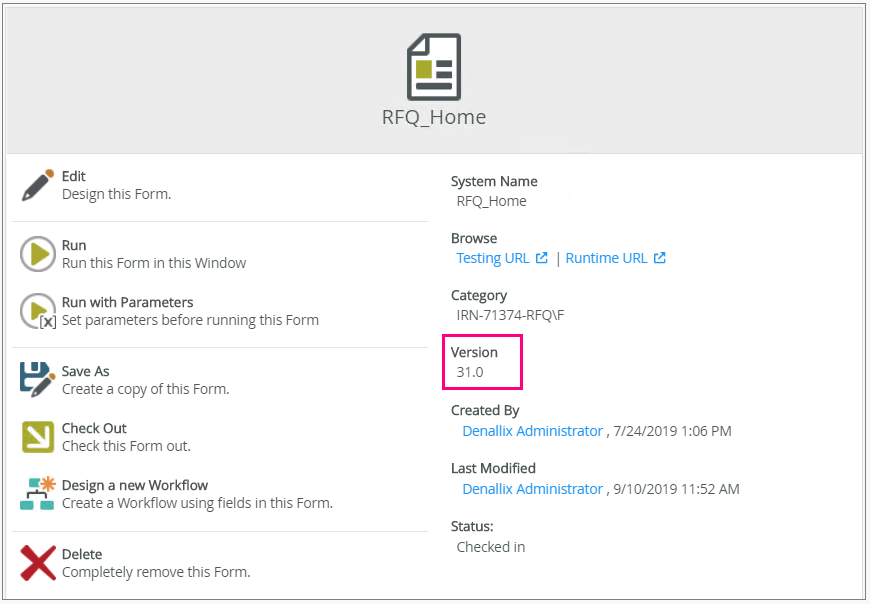 Since each version of the form is saved in the database in the Form.auditLog table, a previous version is restored from the database. By following the steps below, you could easily return an earlier version of a form.

2. In Form.AuditLog table, filter the information and get the versions that relate only to what you need using the following SQL query:

The specific form can be identified using the record ID and XML fields. The XML field contains the corresponding IDs (represented by a GUID) of the form indicated in pink. Open the XML file to view the view or ID and form name as shown below.

3. Run the statement below on the Form.auditLog table of the K2HostServer SQL database, changing the ID with the corresponding record ID as shown in the image above in the ID field. Then replace the domain and user name with the correct values. The username should preferably be the person who created the form.

The view steps are identical to those of the forms. Easy no 🙂 !

We are thus coming to the end of this article, I hope it has helped you.

If you have any questions, do not hesitate to leave a comment.